WWW Wednesday is a weekly meme hosted by Sam over on Taking on a World of Words!

The Court of Miracles by Kester Grant 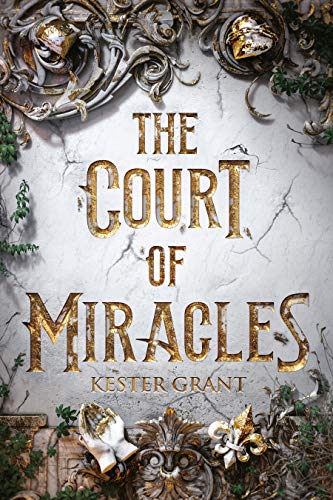 Synopsis: In the violent urban jungle of an alternate 1828 Paris, the French Revolution has failed and the city is divided between merciless royalty and nine underworld criminal guilds, known as the Court of Miracles. Eponine (Nina) Thénardier is a talented cat burglar and member of the Thieves Guild. Nina’s life is midnight robberies, avoiding her father’s fists, and watching over her naïve adopted sister, Cosette (Ettie). When Ettie attracts the eye of the Tiger–the ruthless lord of the Guild of Flesh–Nina is caught in a desperate race to keep the younger girl safe. Her vow takes her from the city’s dark underbelly to the glittering court of Louis XVII. And it also forces Nina to make a terrible choice–protect Ettie and set off a brutal war between the guilds, or forever lose her sister to the Tiger.

My Thoughts: Thanks to NetGalley for the arc. I’m enjoying this one so far! The pacing is decent and I’m excited to see where the plot goes. All of the different guilds are really interesting to read about, and the atmosphere of the story is extremely well written.

Unravel the Dusk by Elizabeth Lim 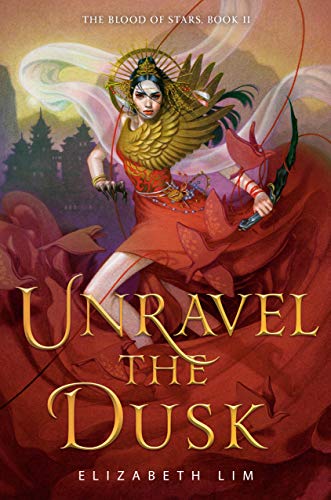 Synopsis: Maia Tamarin’s journey to sew the dresses of the sun, the moon, and the stars has taken a grievous toll. She returns to a kingdom on the brink of war. Edan, the boy she loves, is gone–perhaps forever–and no sooner does she set foot in the Autumn Palace than she is forced to don the dress of the sun and assume the place of the emperor’s bride-to-be to keep the peace. When the emperor’s rivals learn of her deception, there is hell to pay, but the war raging around Maia is nothing compared to the battle within. Ever since she was touched by the demon Bandur, she has been changing . . . glancing in the mirror to see her own eyes glowing red; losing control of her magic, her body, her mind. It’s only a matter of time before Maia loses herself completely, and in the meantime she will stop at nothing to find Edan, protect her family, and bring lasting peace to her country.

My Thoughts: Unsurprisingly, I loved this one! It was just as good (maybe even better than) Spin the Dawn. I’m planning on posting a review in the near future, so stay tuned! 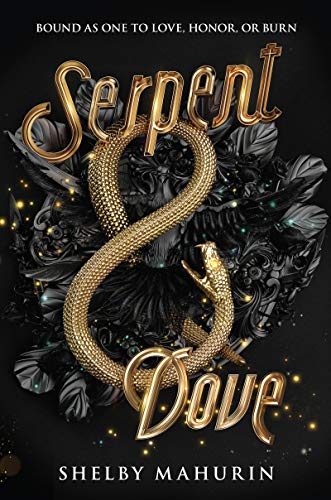 Synopsis: Two years ago, Louise le Blanc fled her coven and took shelter in the city of Cesarine, forsaking all magic and living off whatever she could steal. There, witches like Lou are hunted. They are feared. And they are burned. As a huntsman of the Church, Reid Diggory has lived his life by one principle: Thou shalt not suffer a witch to live. But when Lou pulls a wicked stunt, the two are forced into an impossible situation—marriage. Lou, unable to ignore her growing feelings, yet powerless to change what she is, must make a choice. And love makes fools of us all.

My Thoughts: Another fantastic read! This book was so much fun. I loved everything from the high stakes and action to the enemies-to-lovers romance! I’m dying to get my hands on the upcoming sequel, Blood & Honey… Can it be September already?!

The Princess Will Save You by Sarah Henning 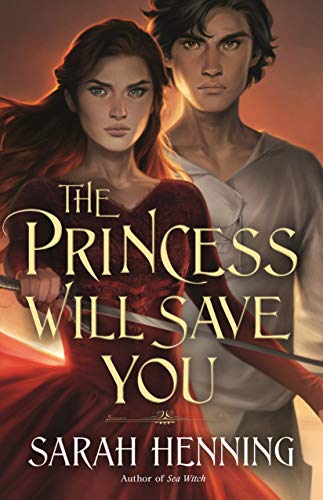 Synopsis: When her warrior father, King Sendoa, mysteriously dies, Princess Amarande of Ardenia is given what would hardly be considered a choice: Marry a stranger at sixteen or lose control of her family’s crown. But Amarande was raised to be a warrior—not a sacrifice. In an attempt to force her choice, a neighboring kingdom kidnaps her true love, stable boy Luca. With her kingdom on the brink of civil war and no one to trust, she’ll need all her skill to save him, her future, and her kingdom.

My Thoughts: Ever since I caught wind of this book’s upcoming release, I’ve been beyond excited to read it. So, you can imagine my excitement when I received an arc of it! I can’t wait to read it, and if I enjoy it (which I’m sure I will), I will DEFINITELY be purchasing a finished copy, cause, uhhhh, look at that cover!

Strange the Dreamer by Laini Taylor 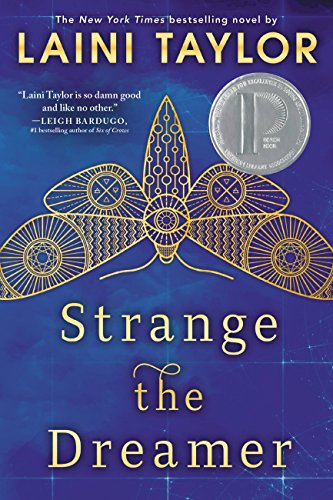 Synopsis: The dream chooses the dreamer, not the other way around–and Lazlo Strange, war orphan and junior librarian, has always feared that his dream chose poorly. Since he was just five years old, he’s been obsessed with the mythic lost city of Weep, but it would take someone bolder than he to cross half the world in search of it. Then a stunning opportunity presents itself, in the form of a hero called the Godslayer and a band of legendary warriors, and he has to seize his chance or lose his dream forever.
What happened in Weep two hundred years ago to cut it off from the rest of the world? And who is the blue-skinned goddess who appears in Lazlo’s dreams?
In this sweeping and breathtaking novel by National Book Award finalist Laini Taylor, author of the New York Times bestselling Daughter of Smoke & Bone trilogy, the shadow of the past is as real as the ghosts who haunt the citadel of murdered gods. Fall into a mythical world of dread and wonder, moths and nightmares, love and carnage. The answers await in Weep.

My Thoughts: I’m at my breaking point, guys. I NEED to know why this book gets so much hype. And the only way to figure that out is to read it!

What are your WWWs? I’d love to know!