WWW Wednesday is a weekly meme hosted by Sam over on Taking on a World of Words! I haven’t done a WWW Wednesday post in a while, so I’m so excited to update you all on what I’ve been reading lately! 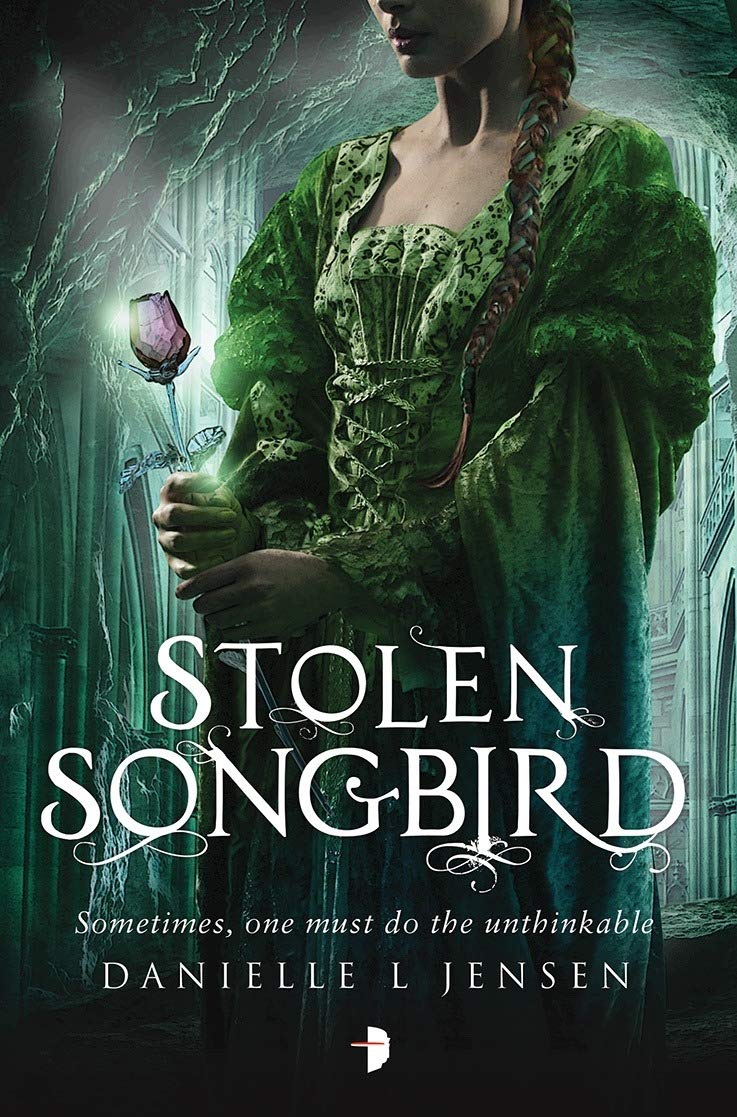 Guys… I’ve been SLEEPING on this book for the last five years! It’s amazing so far, and incredibly underrated! I’m hoping to finish it tonight, and after that, I’m planning on ordering physical copies of the whole trilogy!

This book has everything I look for in a YA fantasy: a lush and intricate setting, a complex magic system, a main character I can root for, and a dashing love interest! I love it when an author tackles classic myths and folklore in an interesting way, and that’s exactly what Danielle L. Jensen does with her interpretation of trolls! Yes, you read that correctly! Trolls! In Stolen Songbird, trolls are not the stout, ugly creatures we’ve all seen countless times before in literature. They’re actually powerful and beautiful creatures who have a very complex relationship with the human race. I love the approach Jensen took with trolls, and I can already tell that I’m going to love the rest of this book (and hopefully the rest of the trilogy)!

The Unhoneymooners by Christina Lauren (26% through)

Finally getting on the Christina Lauren fanwagon! I’m actually REALLY loving this book so far. I’ve been listening to it as an audiobook, and it’s such a fun, easy read, perfect for when you just want to relax and de-stress.

I’m pretty new to the romance/rom-com genre, so I’m still just testing the waters, but I definitely want to try to read more books like this one after I’m done with it! I’ve heard great things about Roomies and Josh and Hazel’s Guide to Not Dating, two other popular Christina Lauren books, so maybe I’ll try those out next!

The Song of Achilles by Madeline Miller 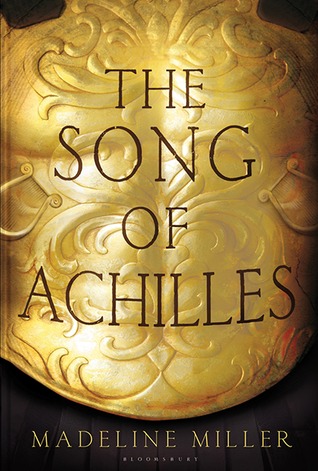 I came into The Song of Achilles with high expectations, and Madeline Miller did not disappoint.

This book was absolutely beautiful, and it touched me in a way that I can’t even put into words. The ending was so heartbreaking, and I already know that it’s going to stick with me for a very long time. I’m having troubling deciding whether I enjoyed this book more than Madeline Miller’s other novel, Circe, as they are both such lush, transportive reads. I hope Miller publishes more Greek mythology books in the future, for she is an excellent storyteller!

An Enchantment of Ravens by Margaret Rogerson

I did not like this book at all, which is such a shame, because I really thought it was going to be a new favorite! I’m not going to say much about it, because I explained everything in my review, but it boils down to this: After about page 50 or so, this book is a total sh*t show. The main character completely loses her wits after she meets the handsome, brooding male love interest, and the plot is like… non existent? The pacing is awful, and the romance is horribly developed.

Probably one of my most disappointing reads of 2020! 😦

The Ballad of Songbirds and Snakes by Suzanne Collins 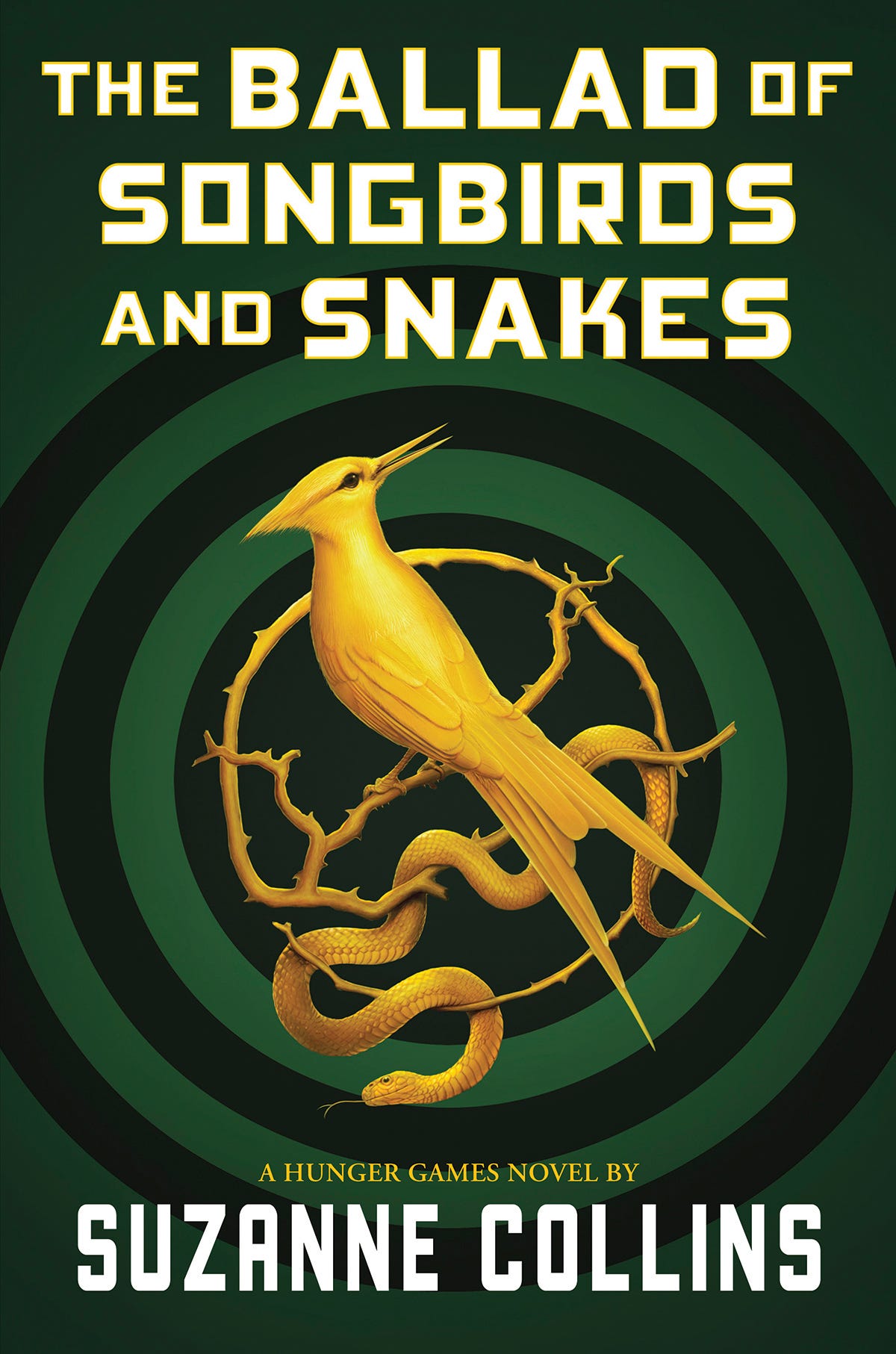 I WISH EVERYONE WOULD STOP HATING ON THIS BOOK BEFORE HAVING EVEN READ IT. Was I thrilled when it was announced that we would be getting a President Snow prequel, rather than a Finnick, Haymitch, or Joanna one? Not necessarily. But I trust Suzanne Collins as a writer, and I think that she’s going to give us something good. As good as the OG trilogy? Probably not. But I still think this book has the potential to be something great, which is why I’m shocked by all of the unnecessary hate it’s been getting. I know people are worried that this is going to be a Snow redemption novel, but I doubt that Suzanne Collins would write something like that… After all, redeeming Snow’s character would be a big fat middle finger to Katniss and all of the characters in the original trilogy.

I have high hopes for this one, and I’m so excited for my preordered copy to arrive within the next few days!

The City of Brass by S.A. Chakraborty

I always get nervous when picking up a hyped up book, because I’m scared it will let me down. Recently, with the upcoming release of The Empire of Gold, I’ve been hearing praise for The City of Brass and the Daevabad trilogy non-stop, so I’m giving in and reading it!

I’m scared it’s going to be one of those massive adult fantasy novels that has amazing world-building and imagery, but superrrrr slowwwww pacinggggg. I love me a well developed setting, but I’ll take action and intensity over intricate world-building any day.

What are your WWWs? I’d love to know!

Feel free to chat with me in the comments! Have you read any of the books I mentioned above? If so, what did you think of them?

Stay healthy and safe, my friends!