Disclaimer: The author kindly sent me a free copy of this book in exchange for an honest review. This has in no way influenced my opinions. 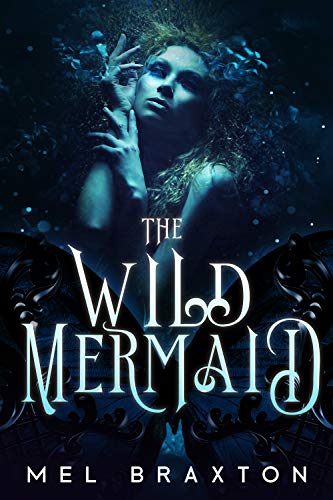 Cora was thrilled. Today she would reach Atlantis, and after a long migration she was eager to finish the journey.

But when the Queen appoints Cora as the next soloist, she must take an unusual medication called physic. As the drug reshapes her mind, Cora discovers Atlantis to be far more sinister than her daydreams.

To escape, Cora must navigate the Queen’s palace. Along the way, she is befriended and betrayed. She learns that myths can be lies and tragedies often leave scars.

It’s an adventure that’ll ultimately transform her into The Wild Mermaid.

Now THAT is what I call an unputdownable book!

The Wild Mermaid totally took me by surprise with its complex characters, intricate world-building, and fast-moving plot.

This gem of a book completely unravels everything you think you know about the mythical city of Atlantis… we’re shown a far more sinister version of the underwater kingdom in this story, one that forces us to question all of the legends we’ve been told.

This is a short book (a little over 200 pages), but Mel Braxton packs so many thoughtful little details into every single page. I love how right away, as soon as the story begins, we readers can sense that there is something off about Atlantis… Cora, our main character, has been chosen to be Queen Mari’s new soloist, and it turns out the position involves so much more than just singing. As the soloist, Cora takes physic, a drug that rewires her brain, causing her to see Atlantis in a new (and much more eerie) light.

As the story progresses and Cora’s mind is reshaped by physic, she goes through a great deal of growth and development. Cora gains immense wisdom as she becomes more clear sighted and realizes just how sinister Atlantis really is. By the end of her journey, she has come such a long way from the mindless, bubbly, blissfully ignorant mermaid she once was. What I like about Cora’s story is that it’s so much more than an action packed, high stakes, underwater adventure… It’s a story about reclaiming your identity, and I absolutely love that.

I’d like to take a moment to appreciate just how interesting and WILDly creative Mel’s interpretation of mermaids and immortality is. I found it so intriguing that in the book, there were both immortal and mortal merfolk, and that the mortals were essentially slaves to the immortals. I also found it incredibly fascinating that the mortal mer started off as humans before they traded their freedom and memories for a tail and fins… How cool is that? It’s almost like a reverse Little Mermaid retelling!

We’ve discussed plot and setting, so now let’s talk about characters, another aspect of this book that completely blew me away! The Wild Mermaid had such a charming set of characters that I easily connected with right off the bat. Like I mentioned above, Cora was a really fun character to read about, and I loved seeing how she grew and developed throughout the story. I think that it’s truly commendable that Mel Braxton succeeded in crafting such a well developed main character in under 200 pages! There are so many authors that can’t accomplish that feat in double or even triple the number of pages!

There aren’t tons of supporting characters in The Wild Mermaid, but I really liked the few that we were introduced to. Sarina, for instance. She was strong-willed and tough, but she had a soft spot for those she cared about. So often in literature we see female characters pitted against one another, which is why it was so wonderful to see the friendship blossom between Sarina and Cora, despite the fact that they were brought together under rather unfortunate circumstances.

I’ve already gushed a ton about how this book is so wonderfully unique, so why not name another way in which it screams originality? I’m going to do a horrible job at explaining this, but in the story, Cora has an alter-ego named Kyla in her brain… Kyla is Cora’s human self. That is, before Kyla gave up her humanity and memories to become a mermaid. When Cora takes physic, her former self (Kyla) resurfaces in her mind. Throughout the book, Cora communicates with Kyla through sleep and dreams, and the two girls work together to escape Atlantis and overcome the many obstacles they meet along the way. The dynamic between Kyla and Cora was such an interesting one to read, and it might have even been my favorite part of the book. Their relationship was so captivatingly complex, for while they shared many similarities, their differences were what truly fascinated me. I think that both of the girls got the endings they deserved, and I’m so satisfied with the way Mel Braxton concluded their story. It was heartbreakingly beautiful, but so empowering at the same time.

Overall, this lovely little “tail” completely stole my heart (admit it… you saw that pun coming from a mile away). What I love most about this book is that beyond being action-packed, exciting, and full of endless twists and turns, it’s also beautiful, emotional, and full of exquisite themes.

To put it simply, I absolutely loved The Wild Mermaid, and I think you will too.  ❤😉

6 thoughts on “ARC Review: The Wild Mermaid by Mel Braxton”